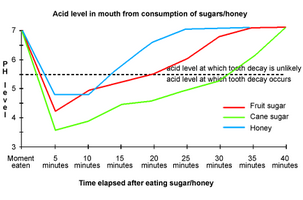 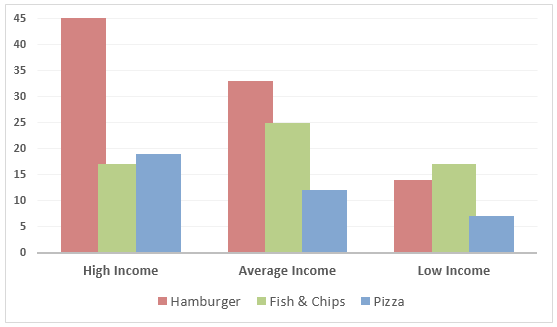 What criteria would a band 9 graph response satisfy?

Task Achievement:
A) Fully satisfies all the requirements of the task.
B) Clearly presents a fully developed response.

What will be assessed by the examiner?
a) How appropriately, accurately and relevantly you fulfil your task requirements.
b) How accurately you write your report and how appropriately you present the data (compare/ contrast/ show the most striking trends/ features/ data.)

Coherence and Cohesion:
A) Uses cohesion in such a way that it attracts no attention.
B) Skillfully manages paragraphing.

What will be assessed by the examiner?
a) No misinterpretation and presentation of data and trend.
b) How well you organise your paragraphs.
c) Overall clarity and fluency of your report and message.
d) How well you have organised and liked the information, data and ideas in your writing.
e) Logical sequencing and appropriate use of linking devices between and within your sentences.

Lexical Resource:
A) Uses a wide range of vocabulary with very natural and sophisticated control of lexical features.
B) Rare minor errors occur only as ‘slips’.

What will be assessed by the examiner?
a) The range of vocabulary you have used in your writing.
b) How accurately and appropriately you have used words/ phrases while presenting the graph(s) as a report.

Tips: Do NOT use words/ phrases that are already given in the question. Do so only if there is no alternative word(s)/ phrase(s) to convey the same meaning/idea.

Grammatical Range and Accuracy:
A) Uses a wide range of structures with full flexibility and accuracy.
B) Rare minor errors occur only as ‘slips’.

Tips:
Do not use the same sentence structure and data comparison/ contrasting style over and over again. Bring a variety in your writing to show that you can formulate different sentence structures without making any grammatical mistakes.

You do not need to write down every bit of information presented in the graph. Rather, you are expected to write the most significant features of the graph and the highest and lowest points are two significant information you should not miss in your writing. Following is a list of useful vocabulary to learn by heart and to use them in your graph response.

The chart below shows the results of a survey of people who visited four types of tourist attraction in Britain in the year 1999.
Summarize the given information and comparison where relevant.

The general format for academic writing task 1 is as follows:

Divide the whole information into 4 paragraphs

The provided pie chart compares and contrasts the attraction of visitors in Britain in 1999 divided into four different categories.

Vocabulary for the Introduction Part:

Example :
The line graph delineates the proportion of male and female employees in three different sectors in Australia between 2010 and 2015.

Caution:
Never copy word for word from the question. If you do do, you would be penalised. always paraphrase the introduction in your own words.

It is clear that theme parks  were the two most popular types of tourist attraction in that year where Blackpool Pleasure Beach received by far the highest proportion of visitors in the theme park sector.
What does the examiner want?
An overview is one of the first things an examiner looks for because it shows them that you can identify the most important information from the graph or chart and clearly identify overall trends and comparisons.
If we look at the official marking scheme we can see that the word ‘overview’ is mentioned three times:

This means that to get at least a 5 for task achievement we must give some kind of overview. If we do not give any overview we will always get below a 5. If we select the appropriate data to include in our overview we get a score of 6 and if it is ‘clear’ we get a 7 for this part of the exam.
If you know how to select the appropriate data and you practice writing a clear overview, then you are likely to get the score you deserve in this section.

Vocabulary for the General Trend Part:

In general
In common
Generally speaking
Overall
It is obvious
As is observed
As a general trend
As can be seen
As an overall trend
As is presented
It can be clearly seen that
At the first glance
it is clear
At the onset
it is clear that
A glance at the graphs reveals that…
Example:
In general, the employment opportunities increased till 1970 and then declined throughout the next decade.

DO NOT give numbers, percentages or quantity in your general trend. Rather give the most striking feature of the graph that could be easily understood at a glance. Thus it is suggested to AVOID –

It is clear that there are five stages in the production of cement, beginning with the input of raw materials and ending with bags of the finished product. To produce concrete, four different materials are mixed together.

It is clear that the principal change to the town will be the construction of a ring road around the centre. Various other developments with regard to shops and housing will accompany the building of this road.

It is clear that the principal reason why Americans traveled in 2009 was to commute to and from work. In the same year, the primary concern of Americans, with regard to the trips they made, was the cost of travelling.

Overview: describe two main or general points
It is noticeable that school A had higher proportions of children with all seven educational difficulties in both years. However, while school A managed to reduce the incidence of most of the problems between 2005 and 2015, school B saw an overall rise in the percentage of children who were struggling.

It is clear that average global prices of both oil and food rose considerably between 2000 and 2011. Furthermore, the trends for both commodities were very similar, and so a strong correlation is suggested.
The diagram below shows the life cycle of a salmon, from egg to adult fish.

It is clear that there are six* main stages as the salmon develops from egg to mature adult. We can also see that salmon spend time in three distinct locations during the cycle, moving from river to estuary to ocean and then back upstream.

It is clear that there are six distinct stages in this process, from the initial collection of waste paper to the eventual production of usable paper.

It is clear that the proportion of people who study for career purposes is far higher among the younger age groups, and decreases steadily with age. The need for employer support also decreases with age, but only up to the point when employees enter their forties.

Diving deep, we can see that 38% of the surveyed visitors went to a theme park, and 37% of them went to a museum or gallery which is the second most popular destination. By contrast, historic houses and monuments were visited by only 16% of the sample, while wildlife parks and zoos were the least popular of the four types of tourist attraction, with only 9% of visitors.

In the theme park sector, almost half of the people surveyed (47%) had been to Blackpool Pleasure Beach. Alton Towers was the second most popular amusement park, with 17% of the sample, followed by Pleasureland in Southport, with 16%. Finally, Chessington World of Adventures and Legoland Windsor had each welcomed 10% of the surveyed visitors.

Vocabulary to Start the Body:

Vocabulary to show the trend:

Vocabulary to represent changes in graphs:

Types of Changes/ Differences and Vocabulary to present them:

Vocabulary to represent highest and lowest points in graphs:

Vocabulary to show fluctuations/ups and downs/ rise and fall in Verb forms:

You can present a percentage data in one of the three different ways. It is suggested that you use all these formats in your report writing instead of repeating the same style to show percentages in your writing.
% = In percentage / in %. (20%, 25 percentage, ten per cent etc.)
% = In proportion. (two out of five, every student out of three etc. )
% = In fraction. (one-third, two-fifth, a quarter etc.)

Vocabulary to show how many times…

Vocabulary to show how much changed…

Vocabulary to represent comparison in graphs:

Expressions to focus on an item in the graph:

Useful Vocabulary to make Comparison and Contrast:
» Similarly, In a similar fashion, In the same way, Same as, As much as, Meanwhile.
» However, On the contrary, on the other hand, in contrast.
Make sure you the appropriate comparative and superlative form of the words when you make a comparison. Here is a basic overview of the comparative and superlative forms to help you remember what you already know.
One syllable
Adjectives with one syllable form their comparatives and superlatives form. In your academic writing task 1, you will often use such comparison and contrast related words.
cheap » cheaper » cheapest   ||   large » larger » largest    ||    bright » brighter » brightest etc.
Exceptions:
good » better » best   ||   bad » worse » worst etc.
Examples:
1. The fast food items in uptown restaurants were comparatively cheaper than that of city restaurants.
2. The largest proportion of water was used in the agriculture sector in most of the Asian countries while the European countries used the highest percentage of water for industrial purposes.
3. The price of the book in store A is cheaper than the price of store B.
4. The temperature decreased further and that made the weather condition worse.
5. The temperature was better in the mid-April but in mid-July, it became worse.
Two syllables
Some adjectives with two syllables form their comparatives and superlatives:
pretty » prettier » prettiest    ||    happy » happier » happiest etc.
Examples:
1. Customers were happier than now, according to the survey, as the price was cheaper in 1992.
2. The overall production level of this company made the authority happier as it was doubled in the last quarter of the year.
But many form their comparatives and superlatives using ‘more‘:
striking » more striking » most striking    ||    common » more common » most common || clever » more clever/cleverer » most clever/cleverest etc.
Three or more syllables
All adjectives with three or more syllables form their comparatives and superlatives using ‘more’ & ‘most’:
attractive » more attractive » most attractive   ||   profitable » more profitable » most profitable   ||  expensive» more expensive » most expensive.
Examples:
1. The price of the custom made cars was more expensive in 2014 than it is now.
2. The factory offered more attractive overtime rates and that motivated more employees to work for extra times.

Vocabulary to present Linkers:
However, On the other hand, Similarly, On the contrary, Meanwhile, In contrast, By comparison.

Vocabulary to show that something/a trend is similar or the same:

Way to show that something/a trend is just the reverse/opposite: